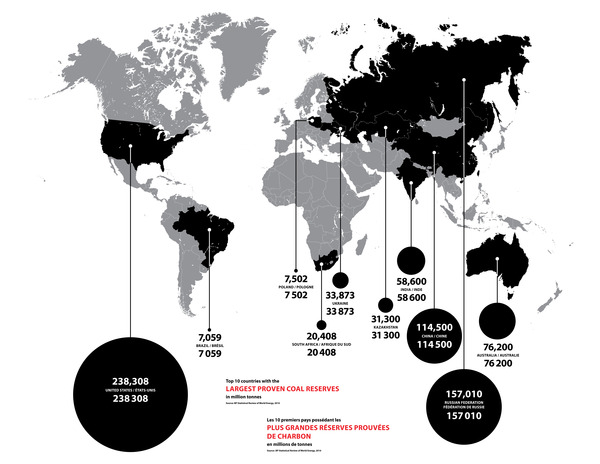 Deep underground and in open pits, coal miners are harvesting ancient swamps and forests. Over millions of years, heat and pressure transformed prehistoric vegetation into coal, a form of carbon. Coal is the most abundant fossil fuel in the world—and it transformed Canada into an industrialized nation.

Canada ranks 13th world-wide in coal consumption. Its coal reserves amount to close to 10 billion tonnes, capable of producing more energy than all other fossil fuel reserves combined. In British Columbia, coal accounts for 27% of the province's energy production but only 2% of its consumption.

More than half of annual extracted coal is used to produce electricity, while the rest is used in steel production. 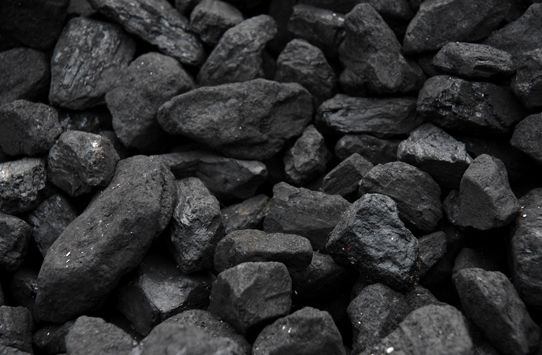 Coal is extracted in underground operations and through strip mining. It does not generally require extensive processing: apart from separating out impurities, coal is sorted and used. In Canada, coal-fired electric utilities are often built near the mining sites. Coal exports are usually transported by rail.