From Producers to Consumers 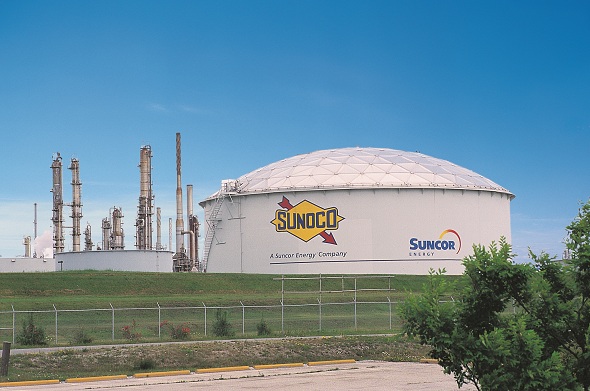 We used to stack wood and store coal for winter heating. Now we keep gasoline in tanks, natural gas in old salt mines and water behind dams. We buy batteries to power our gadgets. Yet we still dream of reliable, inexpensive, and powerful energy storage, and researchers are working on it. New technologies may change how we purchase energy, and what sources it is produced from.

Imagine having a small rechargeable battery strong enough to power your whole house for a year. What’s stopping us? Storage. No battery could hold that much energy.

Right now, we need to produce electricity in real time. Many power stations generate electricity during peak demand. At other times surplus electricity goes to waste. If we could store it, the supply and demand peaks would even out and lower the cost. Good storage solutions would also mean that alternative energy sources could play a greater role in our energy mix.

How are oil and gas used?

Energy-dense crude oil is refined into fuels that power our ships, trucks, cars, trains and planes. We can easily store it in large tanks and depots.

Natural gas has some of the same benefits as oil—it’s easy to store and transport—but it is used in other ways. Natural gas is primarily used to generate electrical power, and heats residential and commercial buildings.

How are oil and gas moved and refined?

Crude oil is processed in a refinery. Pipelines, trucks or tankers move oil to and from the refinery. Natural gas is also processed to remove impurities, either at the gas field or at a processing plant. Usually pipelines transport natural gas to consumers, but natural gas can also be cooled to a liquid state and shipped around the world.

How is natural gas stored?

Natural gas is often stored far from its original source. Old and empty gas reservoirs, aquifers, or salt mines are the preferred underground locations for storing natural gas. The gas is injected into reconditioned geological formations, building up pressure as more and more gas is added. The formations become natural pressurized containers, perfect for storing gas.

How is oil stored?

Oil is kept in underground or above-ground storage tanks. The storage facility can be a very large oil depot, or gasoline tanks under a gas station. Tank design often incorporates double-walls and monitoring alert devices to prevent spills. Many countries store large reserves in case of emergency. Canada, with its large oil resources, has no need for such measures. 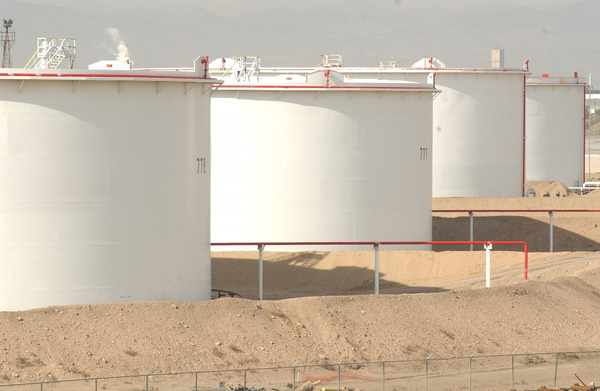 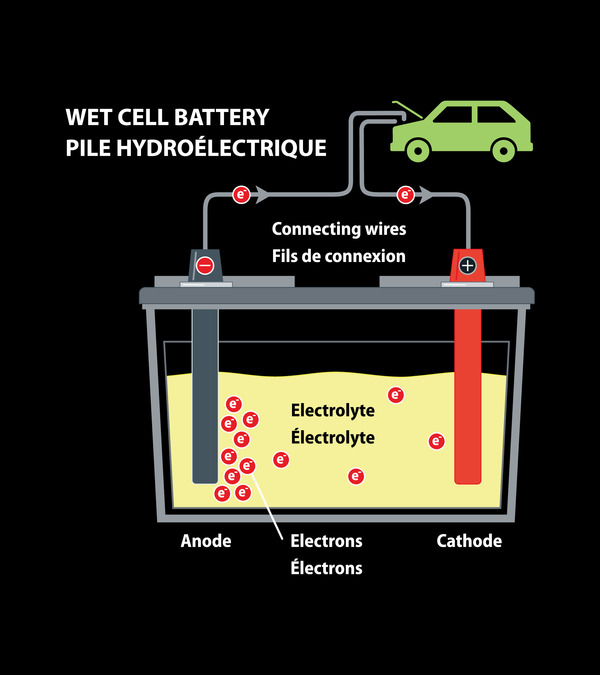 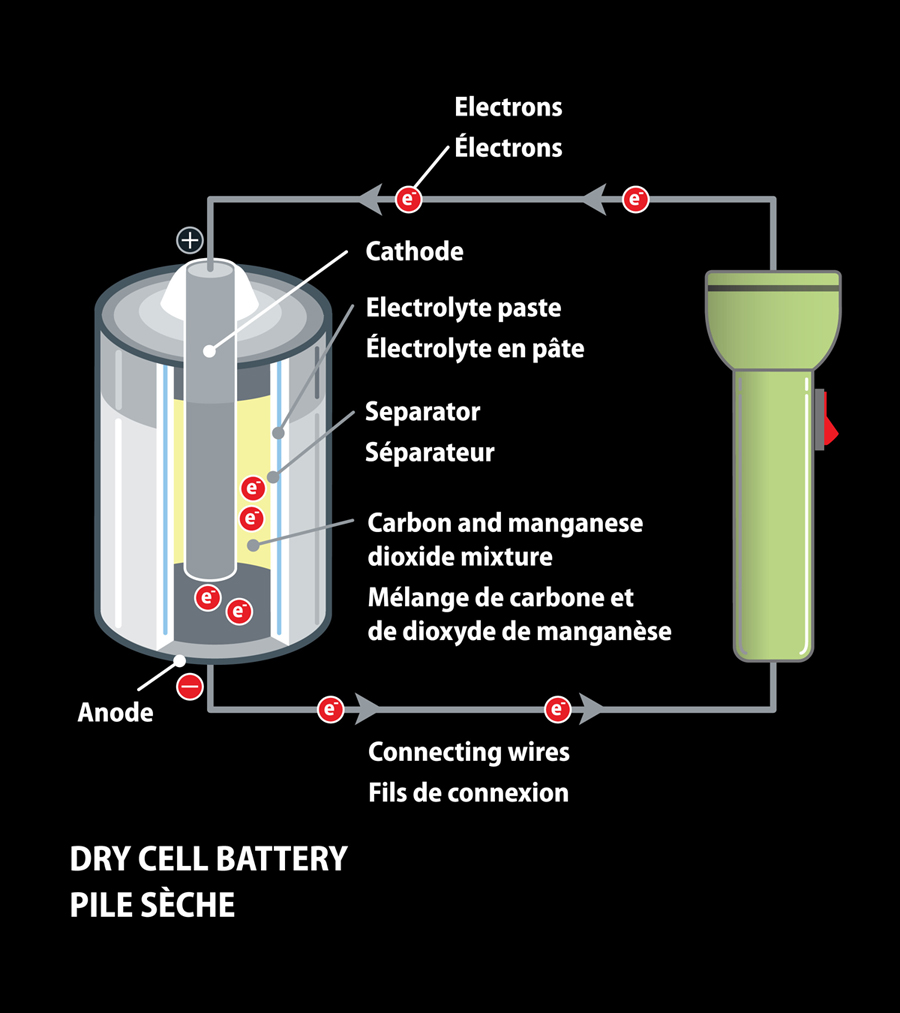 The common battery is a miracle of everyday chemistry. Inside each battery is an electrolyte, a substance that conducts electricity. Different metals react with the electrolyte at the two terminals, creating a flow of negatively charged particles from one terminal (-), to the other (+). Connecting the terminals—inserting the battery into a cell phone, for example—causes the electrons to race around in a circuit, freeing useable energy.

Alternating current changes direction smoothly and regularly between a positive and a negative charge. AC systems are more efficient than DC systems at carrying energy over distances. Most household appliances operate on an AC system.