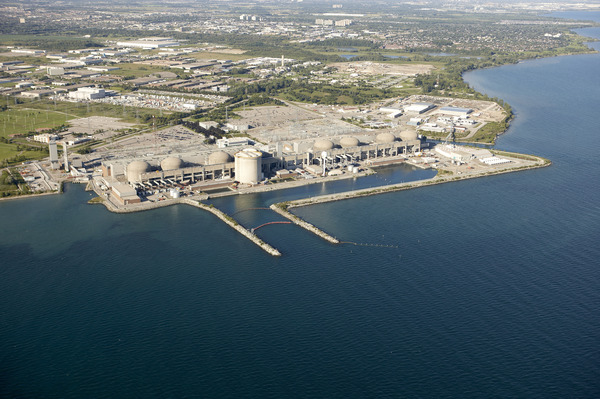 Nuclear power is a type of thermal power in which electricity is generated from steam produced by the fissioning, or splitting, of uranium 235 atoms being bombarded by neutrons. Canada is the seventh largest producer in the world of electricity using nuclear power. In 2012, Canada generated 96.4 billion kilowatt-hours of nuclear-sourced electricity.

The major difference between nuclear power generation and coal or natural gas fired generation is the fuel: nuclear power plants use uranium for fuel, and instead of burning it, they exploit the heat created by nuclear fission in the uranium. 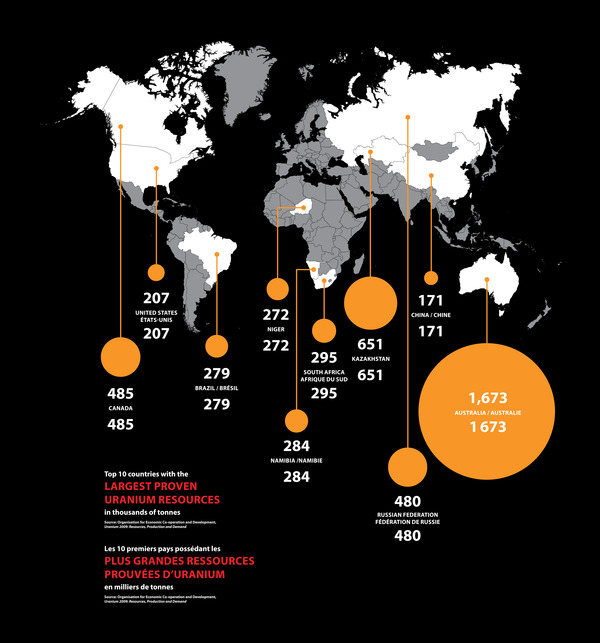 Nuclear energy currently provides around 15% of Canada’s total electricity needs (over 60% in Ontario), contributing meaningfully to climate change and other atmospheric emissions objectives, since it is virtually an emissions free electricity source. Canada's uranium production ranks 2nd in the world while its reserves rank 3rd around the globe. Uranium is not only used in nuclear reactors but also is helpful in the field of medicine, the preservation of food and agriculture!

Nuclear fission breaks apart an atom, usually uranium, to generate energy. When the atom is struck by a neutron, it splits apart and releases energy, radiation and more neutrons. These neutrons form a chain reaction, striking other atoms of uranium.

Scientists use a nuclear reactor to split atoms. The resulting energy heats water to make steam, which spins a turbine. The mechanical energy of the spinning turbine is transferred through a shaft to a generator, which converts it into electricity for the grid. 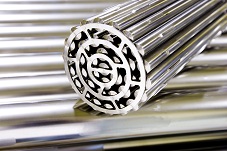 The Canadian nuclear energy industry is mainly concentrated in Ontario, but has a presence in Saskatchewan, Quebec and New Brunswick.  There are 19 reactors nuclear power built in Canada, 18 in Ontario and 1 in New Brunswick. They are operated by public utilities and private companies.

Nuclear fusion joins atomic nuclei together creating a new single nucleus that has a mass smaller than that of the nuclei that formed it. During fusion, that mass difference is converted into large amounts of energy. This process is constantly happening in the core of stars. On Earth, only the lightest elements will fuse, but at extremely high temperatures. Scientists strive to achieve and control nuclear fusion in experimental reactors that would replicate temperatures found in our Sun.

Nuclear fusion is for many researchers, the answer to our energy needs. The Canadian nuclear energy industry consists of a mixture of private sector firms and public sector organizations at both the federal and provincial levels and covers the entire nuclear energy fuel cycle from R&D, uranium mining, and fuel fabrication to nuclear reactor design, nuclear plant construction, maintenance, waste management and decommissioning.