Wind is created by the sun. The sun heats our planet to different temperatures in different places and at different times. This unequal distribution of heat is what produces wind as warm air rises and cooler air descends to fill the void. Wind is the ongoing movement of this air. 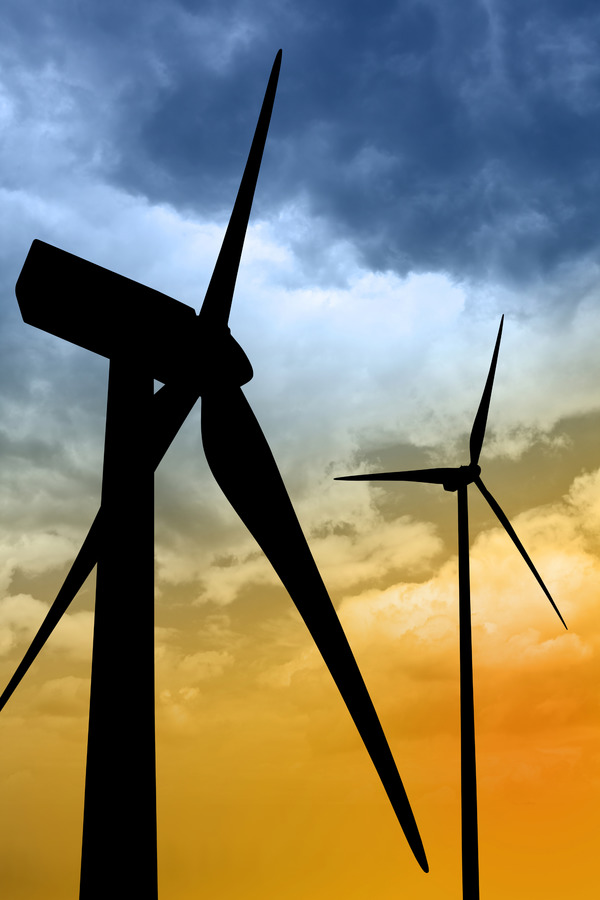 Canada is a windy country, since mountains, plains and coastlines are all places of strong winds. Canada has some of the best onshore and offshore wind resources in the world, which fuel more than a hundred wind farms which represent just over 7,800 megawatts of total capacity. This means wind energy is supplying about 3% of national demand in 2013. 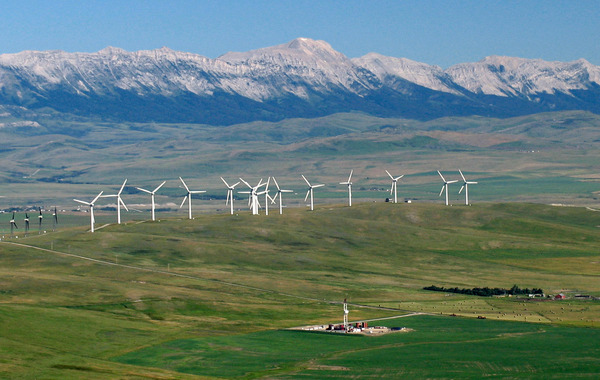 In Canada, wind energy is being captured across the country.  In fact, British Columbia, Alberta, Saskatchewan, Manitoba, Ontario, Quebec, New Brunswick, Nova Scotia, Prince Edward Island, Newfoundland and Labrador, the Yukon and the Northwest Territories are  all researching or developing wind energy as part of their energy mix.

Wind turbines are used to harness the wind and generate electricity. Wind turns the turbine blades, which spin a shaft, which connects to the generator and makes electricity. A local transformer is then used to step up the electrical voltage, so that the electricity can then be sent through transmission and distribution lines to homes, businesses and other users.

Over the millennia, humans have captured wind to sail ships and power mills.  Today, modern turbines convert wind to electricity. Humans have been harnessing the wind for centuries – using windmills to power corn mills, and water pumps for irrigation of crops and livestock.  Today wind turbines are used to harness energy for commercial and residential use.

Single small turbines, up to 300 kilowatts, can be used in a variety of applications and are sometimes combined with other energy sources such diesel generators and solar photovoltaic systems to provide a reliable source of power. 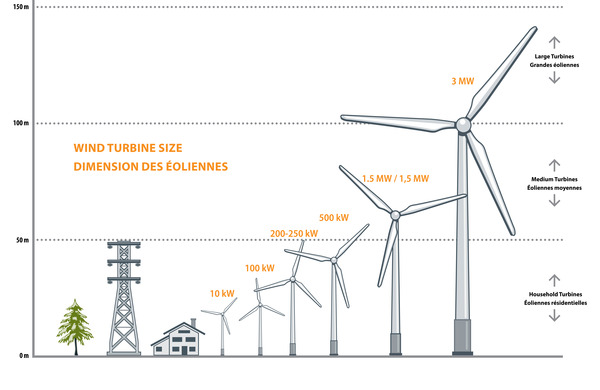 Utility-scale turbines, 500 kilowatts and larger, are used to provide power to the electricity grid. These are often grouped together in wind farms or wind power plants.