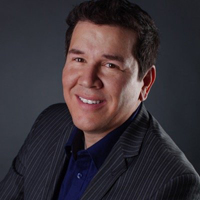 Getting people to believe in his green ammonia project has not been an easy venture for Troy. People have struggled to understand that it is a safe and commercially viable option, and more critically, that SEN’TI could do it. Still, Troy saw so much potential with this project – the local cement plant needed ammonia, but no green ammonia plants at this scale were doing anything like what he’d designed.

SEN’TI intends to manufactures green ammonia by taking green electricity off the Hydro Quebec grid, including 2000 MW of energy from wind farms, 150 MW of which Troy helped to negotiateled the development of for three local Mi’gmaq communities in Gaspésie. The electricity is then used for electrolysis to separate hydrogen (H2) from water, which bonds with nitrogen from the air to make ammonia. The ammonia is then used by a local cement plant to scrub out nitric oxides formed in the extreme high temperature kilnpollutants from the exhaust it releases through smokestacks, reducing the environmental impact of cement manufacturing.

Despite being the first project of its kind, a fact that surprised Troy given the need, his goal is to have SEN’TI grow to become an alternative energy and fuel company in Gaspésie and Quebec and eventually hire more Mi’gmaq and Gaspesiens. Studies are even suggesting that ammonia could be an important piece in long-term, large scale energy storage.

While he knows not every project can succeed, Troy feels it’s important that Canada embrace more Indigenous initiatives in order to combat climate change: “Not everything can or will succeed, but we need to try more… One or two [projects] will change the world and that is what it’s going to take to slow down the carbonization of ocean and atmosphere.”